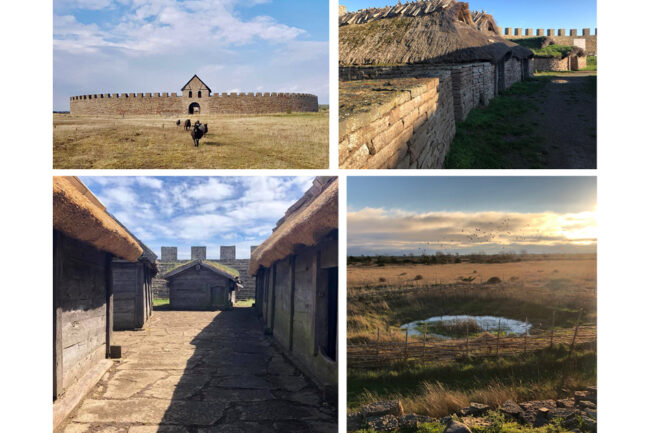 Discover Sweden’s only reconstructed ancient ring fortress, with houses from both the Ironage as well as the Middleages!

Come here and experience how life could look like. You can try different activities, such as: bow and arrow, bread baking, games, and much more.

There is an audioguide so you can listen or read about the fortress history in you smartphone.

The first fortress, Eketorp I, was built in the 300´s during a period of prosperity on the island of Öland. In order to defend their possessions, about 20 households got together and built the fortress. It became a common meeting place and a temporary shelter in times of trouble. Gradually it became a permanent settlement during the Eketorp II period. The diameter of the first fortress´ wall was smaller than what you see today. The fortress worked for a hundred years as a refuge fortress.

The next fortress, Eketorp II, was built in the 400´s and was inhabited until the 700´s. Eketorp worked as a fortified farming village for three hundred years. 150-200 people lived within the protective ring wall with their animals. Some buildings were built along the ring wall, and some were built in the middle of the fortress. 53 buildings were built in total; dwelling-houses, cattle sheds, storehouses and workshops. The reconstructed dwelling house has walls of limestone and a roof of grass. There was a meeting place in the western part of the fortress and in its centre some stones were found that may have been the foundation of a religious icon. The archaeologists made some of the fortress´ finest discoveries here: small thin gold foils of men and women, so-called ”guldgubbar” – golden men. It’s called so even if it portrays a woman. 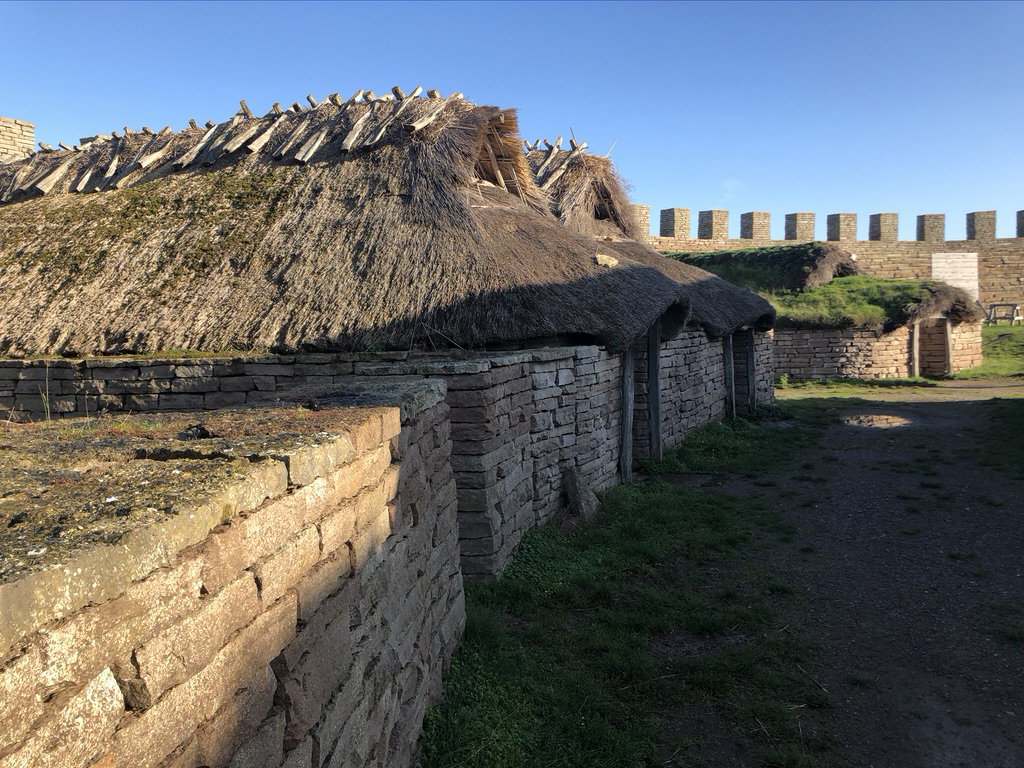 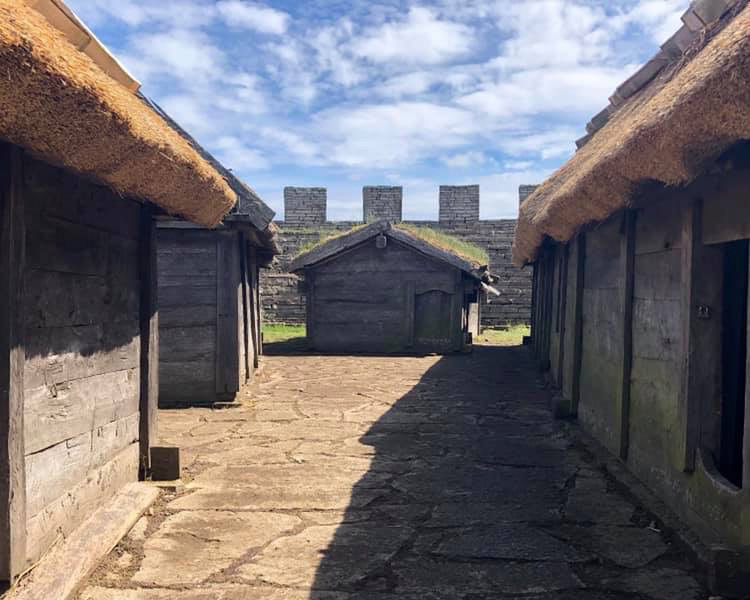 During the High Middle Ages, from 1170-1240, Eketorp III was used as a military garrison with a cavalry. During this time, more than a hundred buildings were contained inside the ring wall without a single fire except for a fire in the central kitchen.

Eketorp fortress was abandoned by its inhabitants in the 700s and was left to decay for almost 500 years. In the 1100s, new people moved in and started repairing the fortress defenses. The fortress wall was reinforced and a low outer wall was built. A centrally positioned kitchen and a number of workshops were built. Objects found in the fortress, including a large number of arrowheads, show that defense played a large role during this time.

Instead of buildings with stone walls, long rows of buildings with wooden walls that rested on stone were built. Many of the buildings served as stables and barracks, but it wasn´t only soldiers who lived in the fortress during this time. There were also woman and children, as soldiers brought their families when they moved into the fortress.

The well has been on the same site since the Iron Age and the garrison´s central kitchen was nearby. Food for all of the fortress´ inhabitants was cooked over a huge fireplace. A channel drain led from the well to the adjacent wetland to the east. The people who lived in Eketorp fortress were well aware of the fire risks that the fortress´ dense wooden buildings constituted. Because of this blacksmith´s forges were placed outside of the south gate in the area between the inner and outer walls.